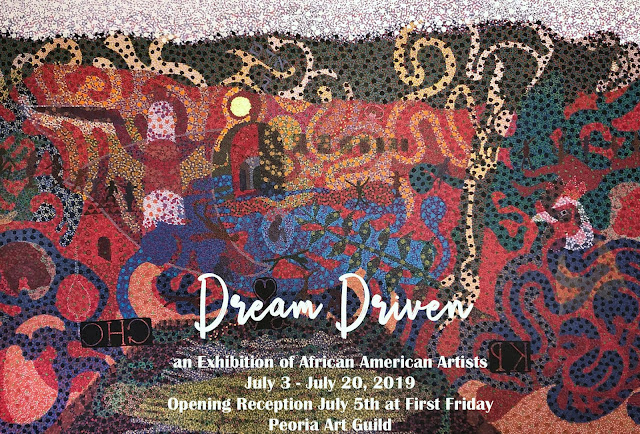 Posted by Hand Works by Trish Williams - Fiber Artist/quilter at 10:36 AM No comments:

Greetings All,
Here's my contribution to the exhibit "Visioning Human Rights in the New Millennium" and I just got my copy of the catalog by the same name written by Dr. Carolyn L. Mazloomi.   My piece was created with commercial cotton, photo transfers, and fiberglass window screen.  This piece measures 50 by 50 and was machine pieced and machine quilted.  I am so very grateful to be included. 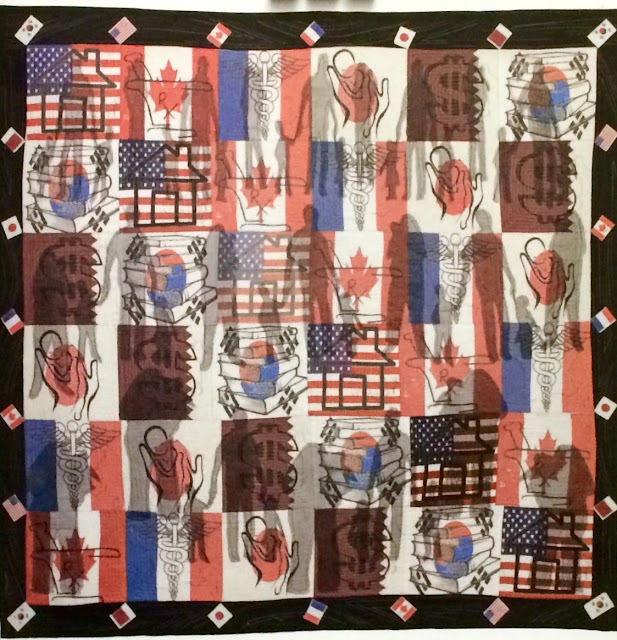 Posted by Hand Works by Trish Williams - Fiber Artist/quilter at 11:56 AM No comments:

We Who Believe In Freedom - update

Greetings All,
We Who Believe in Freedom the exhibit update via Dr. Carolyn L. Mazloomi.

Freedom Summer 55Freedom Summer, also known as the Mississippi Summer Project, was a 1964 voter registration drive sponsored by several civil rights organizations. Aimed at increasing black voter registration in Mississippi, the Freedom Summer workers included black Mississippians and hundreds of out-of-state, volunteers. Two one-week orientation sessions for the volunteers were held during the summer of 1964 in Oxford, Ohio, on the campus of then-Western College for Women (now part of Miami University). In addition to African-American Mississippians, more than 1,000 out-of-state, and mostly white, volunteers were constantly harassed and abused by the state’s white population. The Ku Klux Klan, as well as police, state and local officials, were behind many of the violent attacks, including arson, assaults, false arrest and the murder of three Civil Rights activists — Michael Schwerner, 24, James Chaney, 21, and Andrew Goodman, 20.

I am honored to present an exhibition, We Who Believe In Freedom: Narratives of Survival and Victory, in honor of the 55th anniversary of Freedom Summer. Please join me for the opening reception on April 5th at 6:00PM at the National Freedom Center Museum located at 50 East Freedom Way, in Cincinnati, Ohio.

A hardcover companion book will be released in April 2019 on Amazon. 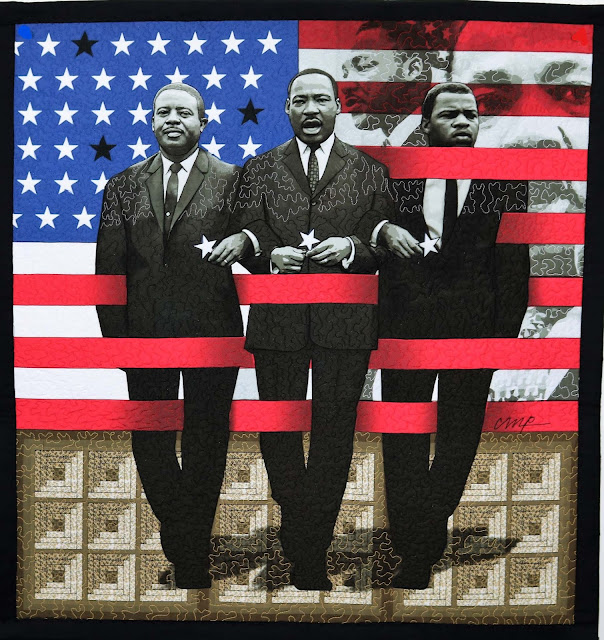 Posted by Hand Works by Trish Williams - Fiber Artist/quilter at 12:24 PM No comments:

Greetings All,
Here are a few photos from the opening night of HER-story at the Anne Lloyd Gallery in Decatur, IL We hope that you enjoy them as much as we did enjoy opening. 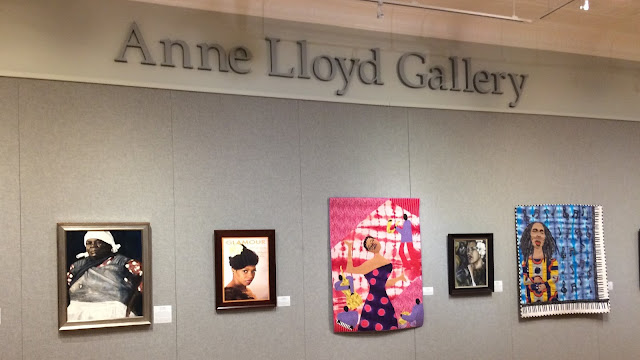 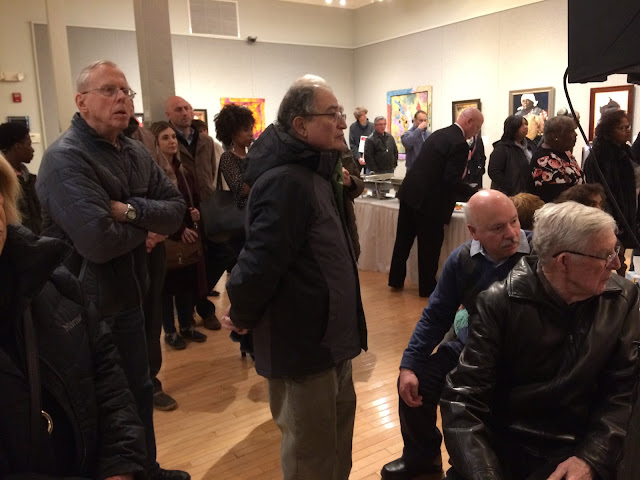 The reception had an amazing turnout and we were so very grateful. 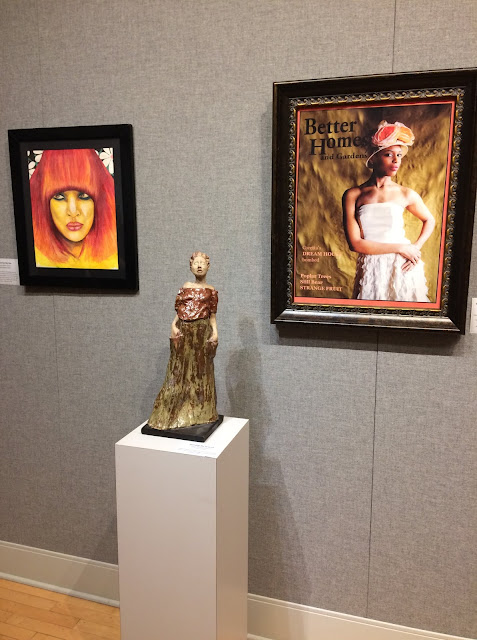 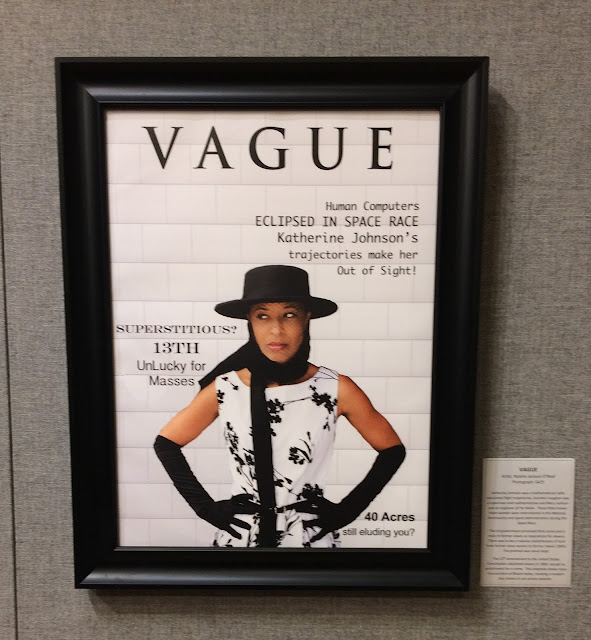 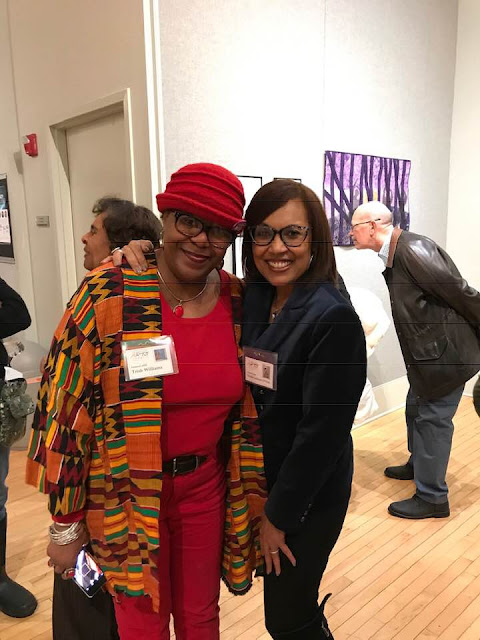 Me and the lovely Natalie Jackson O'Neal who curated this group of amazing artists that I have the privilege of exhibiting with.


Posted by Hand Works by Trish Williams - Fiber Artist/quilter at 1:42 PM No comments: 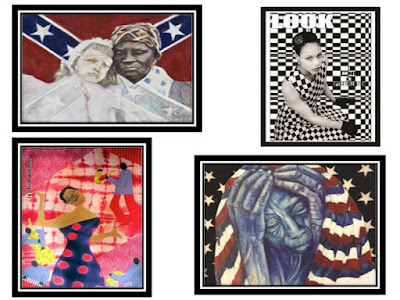 Yours for Race and Country: Reflection on the Life of Colonel Charles Young.

Greetings All,
The exhibition “Yours for Race and Country: Reflections on the Life of Colonel Charles Young” will open at the National Afro-American Museum and Cultural Center in historic Wilberforce, Ohio on March 16, 2019, curated by Dr. Carolyn Mazloomi.

Col. Charles Young was born into slavery but went on the achieve greatness in the face of racism and oppression. Young was the first African American Colonel in the United States Army, leading the Buffalo Soldiers, a musician, composer, mapmaker, accomplished linguist, first African American Superintendent for the National Park Service and a scholar. Col. Young was a proud member of the Omega Psi Phi Fraternity and took seriously his role as a mentor to his young brothers. The annals of American history are filled with the names of our nation's greatest heroes, yet the name Charles Young is known by remarkably few Americans.

Through the exhibit, Yours for Race and Country: Reflections on the Life of Colonel Charles Young, viewers will experience both the quilts and African American history as avenues toward an expanded understanding of African American culture, exemplary in the life of Col. Charles Young. The exhibition serves to elevate the discussion of those who experience racially charged opposition as citizens, yet triumph to remind America of its promise. The exhibition will tour a select number of museums.  I am so very grateful to be included one more time.  *Quilt made by Sandra Scott, Cambridge, England 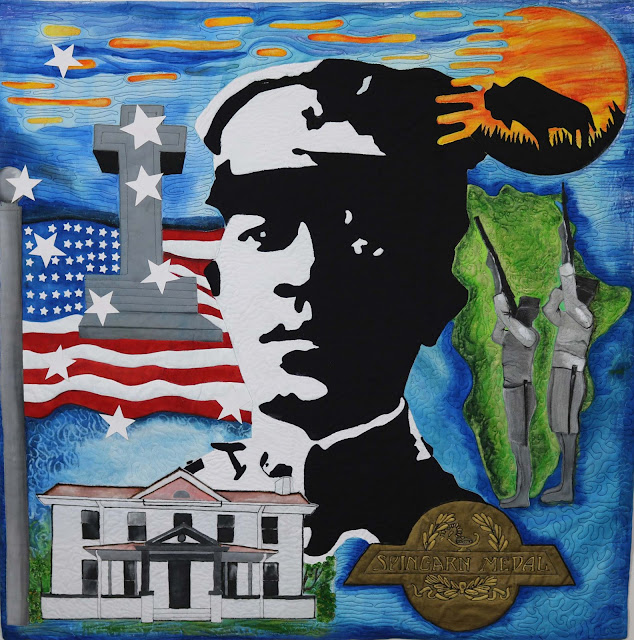 Posted by Hand Works by Trish Williams - Fiber Artist/quilter at 11:10 AM No comments:

A powerful way to celebrate the 70th anniversary of the United Nations Human Rights Declaration, this book reminds us of its impact and each of its 30 principles, using intriguing art quilts. Sometimes taking us by surprise, the 75 textile artists visualize the global struggle for human rights with their interpretations of the Declaration, ratified in 1948, which represents the first global expression of rights to which all human beings are innately entitled. The 91 works’ themes include the first recorded initiation of human rights in Persia in 539 BCE, the plight of child soldiers and child brides, unlawful incarceration, the right to privacy, fair labor practices, torture, and the right of all world citizens to food, education, shelter, and healthcare. Together with the text of each Rights Declaration article, a message from the artist explains each quilt’s inspiration and meaning.  #WCQN  #FiberArtistTrishWilliams

Posted by Hand Works by Trish Williams - Fiber Artist/quilter at 10:06 AM No comments:

Some of my favorites fiber/textile artists.